In colonial America, ready money, in the form of gold or silver coin, was at a premium. Most colonists bartered or used credit to pay for goods and services. The coins used during this period came from a variety of countries including Mexico, England, and Spain. Each colony set its own value for the coins and paper money based on the local value of the standard British pounds sterling. Colonies also printed their own paper money. Merchants typically weighed the coins and valued them by their silver or gold content, rather than face value. The Spanish milled dollar, also called a "Piece of Eight," was a common coin, and was often cut into pieces to make change. Our expression "two bits"-meaning a quarter dollar-comes from dividing the milled dollar into eight "bits."

Also included in this fabric collection is an English toile, printed about 1785. Named "America Presenting at the Altar of Liberty Medallions of Her Illustrious Sons," the printed scene shows George Washington being guided by Peace and crowned by a trumpeting Fame. Other figures include Liberty, Minerva, and Commerce. All patterns are inspired by currency and textiles from The Colonial Williamsburg Foundation's collections.

With beautiful designs, enticing colors, and timeless appeal, these fabrics will help quilters create their own piece of history. 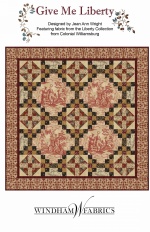 Give Me Liberty
by Jean Ann Wright 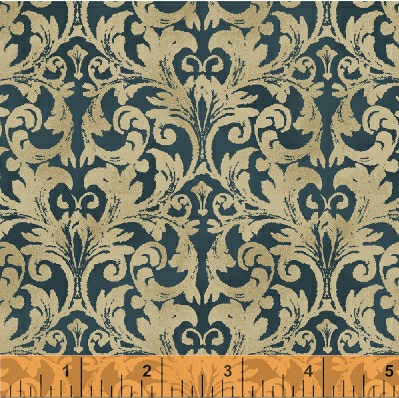